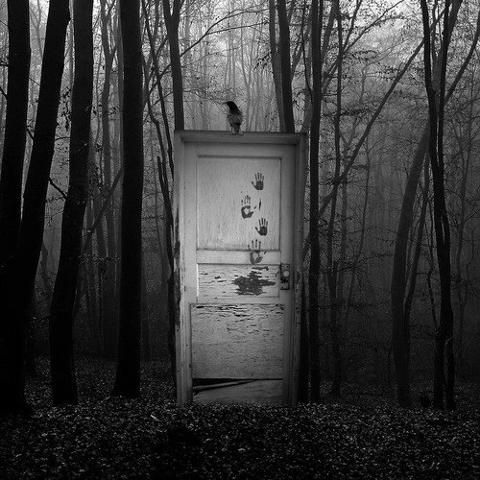 Unfortunately, Amazon passed on distributing Echoes through their own publishing branch. While I was disappointed by the news it’s not that surprising. The publishing world is a cutthroat business with a lot of people competing for distribution. I’ve been through it before with filmmaking and I knew what I was getting into when I decided to find a traditional distributor. It’s just the nature of the business and you can’t let it bring you down.

So with that, I’m self distributing Echoes like I did with my debut novel The Lost Door, and it is now available on Amazon and CreateSpace for purchase. I just finished listening to two fantastic sci-fi serial podcasts and wanted to get the word out. The podcasts are The Message and Lif-e.af/ter, both produced by GE Podcast Theater and Panoply. The Message runs approx. 2 hours while Lif-e.af/ter is closer to 4 hours.

The Message is about a group of cryptographers tasked with deciphering a 70 year old “cursed” message of extraterrestrial origin. People begin to die after listening to it, and now the group is racing to understand and stop the mysterious message.

Lif-e.af/ter is about an FBI agent that starts to hear messages from his deceased wife through his phone. Moral questions are raised about life after death in the digital age, and the choice of being preserved digitally.

The acting and production are topnotch, and I highly recommend you give both podcasts a try. Today I’m releasing a new short story exclusively on Amazon for the low price of $.99. This is sort of a celebratory release since my next novel will be released in a few months, one I’m really excited to share with you. Until then, I hope you enjoy this little horror suspense thriller.

Synopsis: When Victor meets Ivy he falls for her instantly. She’s funny, innocent, and beautiful. But Ivy is not perfect: she harbors a dark past, one she’s kept secret for a long time. Will Victor be able to help free her of the burden she bears, or will that burden be his downfall?

Earlier this week I completed the second draft of Echoes and sent it off to beta readers. It came in a bit shorter than I anticipated after edits—approx. 68k words, down from 78k—but it moves at a really good pace, and I don’t know if I want to add filler just to get the word count up. I’m going to wait until I get some notes to make a final decision, to see if anything needs to be fleshed out more.

If all goes according to plan, I look forward to sharing Echoes with you in April or May.

I’ve now completed the second draft of Echoes, my sophomore novel and first in a planned sci-fi trilogy. Now I’m taking a few weeks off before I do a third read-through and then I will hand it off to beta readers. I’m hopeful I’ll get it out in April around the same time as The Lost Door last year.

During this time I will be looking over some old short stories and start putting together a collection. I’m sure they will need some doctoring, but it will be fun to go through stuff I wrote years ago and have no memory of. Could be very interesting…

This past weekend I was going through a documents folder on my computer when lo and behold I stumbled on fourteen short stories and scripts. About a quarter of them are incomplete and seem to be pretty far along. The strange thing is I have no memory writing a few of them which is an odd feeling. I also came across two feature scripts I had completely forgotten I’d written.

Over the next several months I’m going to go through the short stories and scripts and see if they are any good. If they are I’ll probably put out a short story collection before Echoes is released next year. It should be fun to revisit them and (maybe) finish up the ones I abandoned. 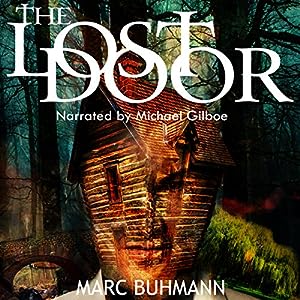 The Lost Door is being promoted today through AudioBookBlast.com. If you like audiobooks this is a terrific service for discovering new authors for free. All you need to do is promise a review.

If you would like a free copy of the audiobook just subscribe to my newsletter and I’ll send you a copy courtesy of Audible.com. Codes are limited and available to US and UK residents only.

Just two quick items. First, today I crossed 21k words on my next novel. What does this mean? Not a whole lot except that I’m about 1/4 of the way through the first draft. I don’t want to divulge details on the story, but what I will say is that it is strictly sci-fi and that I’m really excited about it.

The second piece of news is that this year marks the 10th Anniversary of principle photography of Dead in the Water. I was hoping to do something special with the movie but the rights of the film don’t revert back to me until January 2017. Instead I am compiling what I’ve entitled The Northwoods Trilogy. This compilation will include the original script of Dead in the Water (written by David Moore) before changes were made during filming, the sequel script Dead in the Water: The Rising (written by yours truly), and a third script that I loosely tied to the DITW films called Murder Jack (written by Scott Knudson).

We’re aiming to release The Northwoods Trilogy in October.

From now through Memorial Day, The Lost Door is on sale for just $0.99! Order now on Amazon!